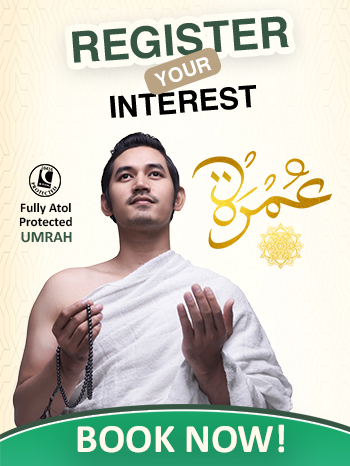 Visit Jabal Al-Noor and Get the Blessing of Allah 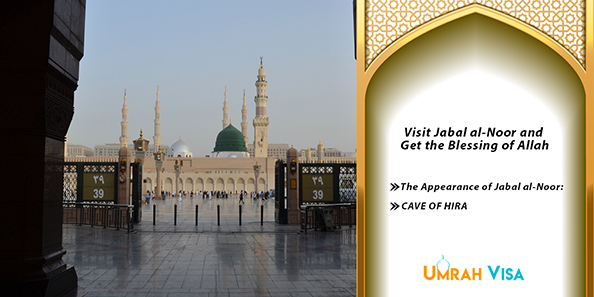 Jabal al-Noor literally means "mountain of light" or "hill of enlightenment". It is a mountain located near Makkah in the Hejazi region of Saudi Arabia. The mountain has considerable importance to Muslims around the world, as the Islamic Nabi Muhammad Prophet (PBUH) spends a lot of time in the Hira cave to meditate. It is here that he (PBUH) received his first revelation, consisting of the first five ayat. The mountain is scarcely 640 m (2100 feet); nevertheless, two hours are necessary to make the painful trek to the cave.

Here Muhammad (PBUH) received the first verses of the Quran, the mountain received the title of Jabal al-Noor. This experience is sometimes identified at the beginning of the revelation.

THE APPEARANCE OF JABAL AL-NOOR:

Peculiarity, Jabal al-Noor is different from other mountains because of the unusual summit, which gives the impression that the two mountains are superimposed. The summit of this mountain in the mountainous desert is one of the most solitary places.

However, the cave inside faces the direction of the Kaaba, is even more isolated. At the time, in the courtyard, people could only look over the surrounding rocks. Nowadays, people can see the surrounding rocks and buildings that are hundreds of meters below and many miles away. Hira is at the same time without water or vegetation other than some thorns.

The entrance of Hira cave in the mountain taking 1200 steps to access. The cave itself is approximately 3.7 m length and 1.60 m wide. The cave is located at a height of 270 m. During the season of Hajj, it is estimated that five thousand visitors go to the cave each day to see the place where Muhammad (PBUH) would receive the first revelation of the Quran. The majority of Muslims do not consider visiting the cave an integral part of the pilgrimage. However, many visit it for reasons of personal pleasure and spirituality, and although some regard it as a place of worship, this view is in contradiction with the Salafist interpretations of Islamic ritual.

Before the first revelation of Muhammad (PBUH), he was supposed to have sweet dreams. Among these dreams, there were signs of his prophecy was appear and signs that the stones of Makkah would welcome him with respect. A growing need for loneliness led Muhammad (PBUH) to seek isolation and meditation in the rocky hills surrounding Makkah. There, he retired into the cave for a month, each year. He (PBUH) took provisions during this retreat and fed the poor. Before going home to his family for more provisions, he (PBUH) surrounded the Kaaba seven times.

UmrahVisa.co.uk is one of the reliable Umrah travel agency that offers Makkah and Medina traveling deals. Also, you will get the chance of visiting Jabal al-Noor that is located in Makkah.